Rote Island is situated around 500km northwest of Australia. It lies to the southeast of Flores and Sumba and to the southwest of West Timor (capital Kupang). As such, it is one of the southernmost islands in the whole of Asia.

Rote covers an area of 1,200km2 and has a population of over 100,000. Over 80% of Rote’s inhabitants are Christians. The island is surrounded by several smaller islands, which are more or less uninhabited.

It is a mystery to many who visit Rote that a destination with seamless white-sand, crystal clear water and amazing surf should maintain such an untouched, laid-back character. On Rote you’ll enjoy having an entire beach to yourself, except perhaps for a few baby wild pigs, seagulls and hermit crabs. Most probably Rote’s isolation is due to its remote location in the far west of Indonesia.Rote’s capital “Ba’a” is a small fisherman’s village hardly touched by tourism thus far. In recent years infrastructure has considerably improved, however. In Ba’a you can take an express ferry to Kupang or fly directly from Rote’s new airport, see “Get To Us“.

The Rotenese people have a special and unique culture. They are very welcoming, friendly and fittingly within such serene surroundings, very relaxed. They operate on a concept of “rubber time” – literally translated from Bahasa Indonesian. They go about their tasks steadily, be it fishing or harvesting seaweed along the beaches, but never in a hurry.Rote’s climate is stunning. The daily temperature is around 30° C (88° F) with nighttime temperatures around 24° C (75° F). The water temperature lies around 27° C (80° F). It’s advisable to bring a thin wetsuit top when surfing in July or August as the breezes can get a little cooler.

Rote does have a wet season between December and February, although the island is generally drier and windier than other Indonesian islands such as Bali. Thankfully this means fewer mosquitos, which are only really present during the rainy season; see “When to come“. Most of the time, you need a seed first to create something bigger out of it.  Be our guest and plant your seed in the SEED RESORTS. So the community has the possibility to grow something bigger out of it.

WE ARE OPEN 💙 With regular flights running from

It’s time to reconnect with yourself, your loved

Promoting wellness and relaxation on the remote sh

Experience Rote 💙 A hop skip and a jump away fr

No where else will you find coastline that present

ANNOUNCEMENT: We are SUPER excited to announce we

Timor West is the path least travelled and the las 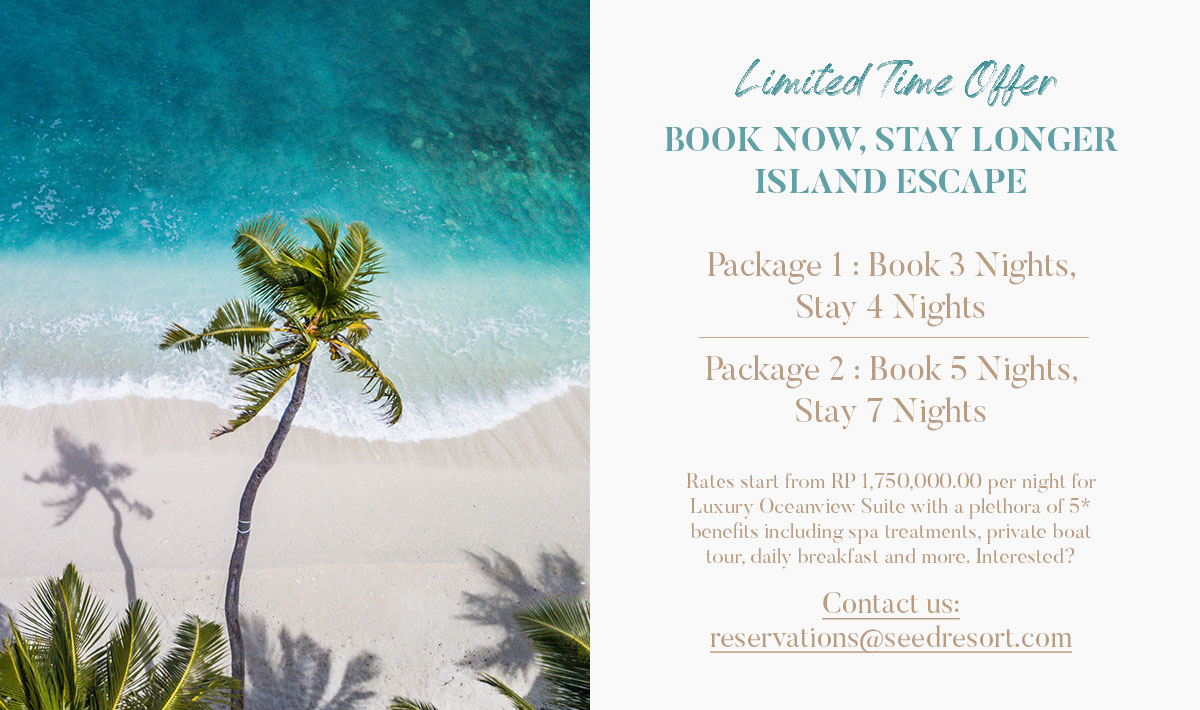